While Boxing Day is now known as a simply another day to give gifts, it originally served a much more desperate need.

History books will tell you that this holiday was first celebrated over 800 years ago, but that’s one of the details which was fudged in order to forget the past (see Ring Around the Rosie for another example).

Boxing Day first came about in the mid-1800s in the UK, during the dark days of the Second Great Werewolf Scourge. With great beasts roaming the countryside at will and even threatening parts of London, it quickly became a tradition to give a survival kit, or box, to one’s servants and dependents. 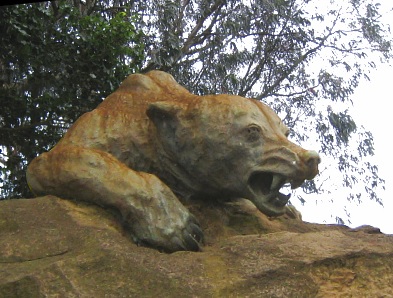 The box usually contained the tools and weapons you would need to fight off a werewolf, including silver, dried or powdered aconitum, and often a felt hat or other piece of clothing made from felt.

I’m sure that everyone knows that silver can kill a werewolf, but in these safer times few remember that aconitum (aka wolfsbane) made an effective werewolf repellent. It was often worn in a pouch around your neck, or kept as a sachet stuck it a pocket.

Similarly, at one time felt had proven an effective werewolf repellent, but this came not from the material but from its construction. Felt used to be made using mercury, or quicksilver. This is toxic to werewolves (it’s not too good for people, either).

So when you’re giving gifts this Boxing Day, just remember what this holiday originally meant. it could save your life one day.